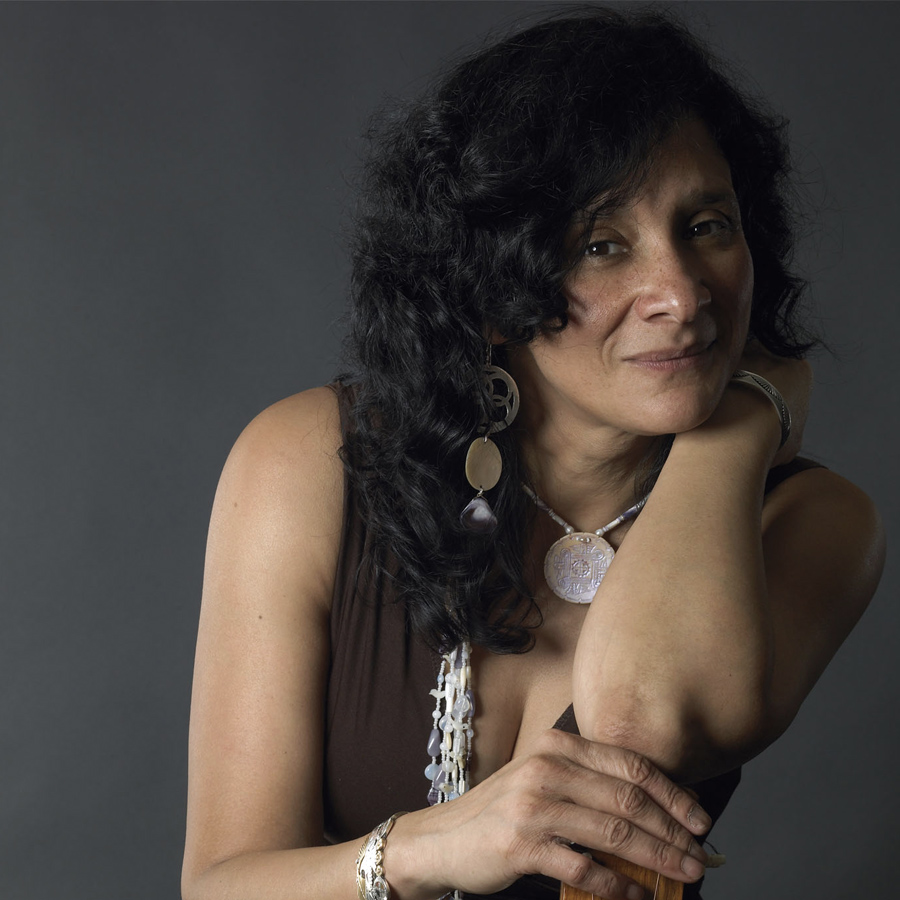 “With her voice soaring, foot stomping, this beautiful songbird transcends time and brings the message of our Ancestors who have sewn this beautiful seed, that makes powerful music”. Taj Mahal

Pura Fe’ is a singer, songwriter, musician, dancer, actor, artist, activist and teacher. She is the founding mother of the internationally renowned native a cappella trio, Ulali which has toured the world for 19 years.

Pura Fe’ was born in New York City in August 18th, 1959. Her Spanish name translates as “Pure Faith” given by her father who is from Puerto Rico. She was raised by her Tuscarora mother and gifted family of female singers that migrated from North Carolina to New York in the early 1900’s.

Pura Fe’s explains the Indigenous (native american) influence on the birth of the Blues. Her soulful voice and acoustic lap steel slide guitar carries the ancestral message of the “Indigenous World” and the missing history that unified and separated the blood ties of Black and Indian people of the South : “My Nation has been systematically disenfranchised and disregarded. Many people think we have nothing to do with the development of Southern culture. Not only were we captured and shipped off as slaves to West Africa and the Caribbean, we were bred together on slave plantations during colonization of our land. African and Indian slaves were harbored, escorted and smuggled across the Canadian border through Indian country.”

This union gave birth to a rich new culture blending religion, dance, and food, good looking people and the Blues ! Many of these grandchildren became influential musicians. Charley Patton the first King of the Blues is Choctaw, Scrapper Blackwell is Cherokee, Jimi Hendrix, Don Cherry, Duke Ellington, Thelonius Monk, Little Richard, Tina Turner… There are so many blues and jazz pioneers that have expressed their Native ancestry through their work.

This story needs to shine…Hallelujah…for the Red, Black on Blues !”