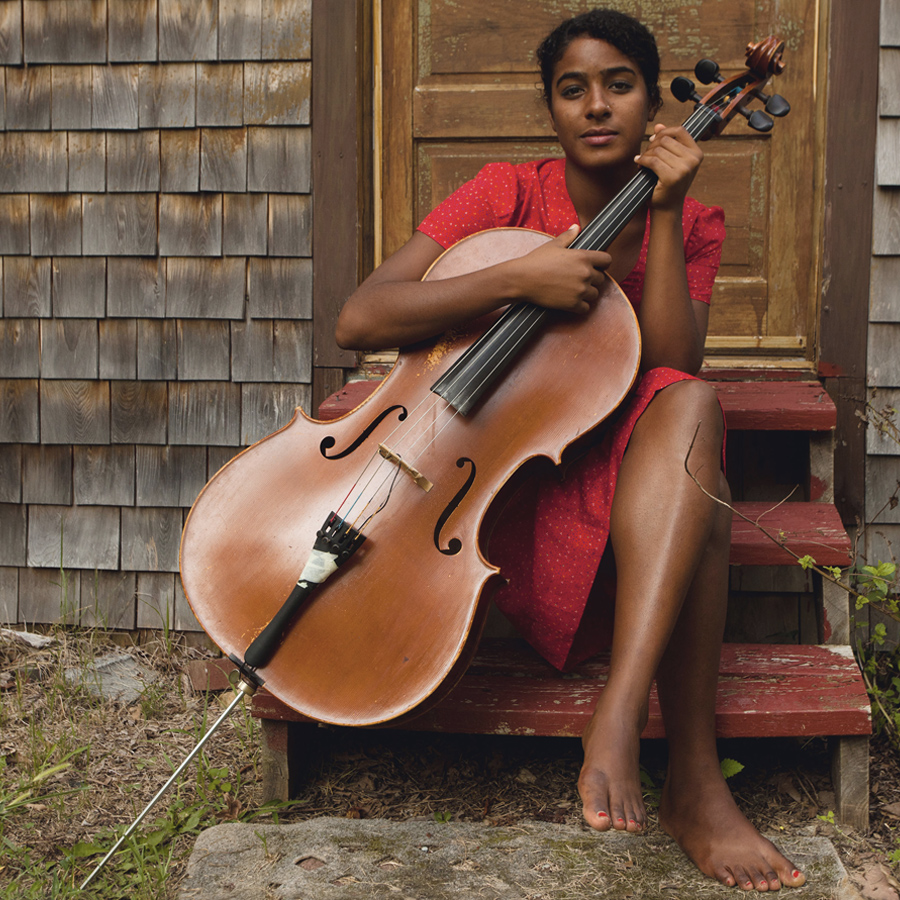 In 2011, leaving the grounds of Jazz Fest in New Orleans, I first saw Leyla McCalla on Sauvage Street playing Bach Cello Suite #1 accompanied by two black children that I first believed to be her own but were in fact students from the New Orleans Strings Project. I could not resist taking a photo of such a charming scene. A few weeks later, Tim Duffy, friend and champion of impoverished blues artists from the Piedmont region, on vacation in New Orleans with his family, found a still largely unknown Leyla playing on Royal Street another Bach piece, the Sarabande from Suite #3 . He also fell under her spell and invited her to work with his North Carolina-based Music Maker Relief Foundation which also encourages young musicians as part of its Next Generation program. Taj Mahal and the Carolina Chocolate Drops would soon count themselves among McCalla’s supporters. CCD, preparing to record its second Nonesuch album, “Leaving Eden”, invited her to rehearse and record with them in Nashville.

A native New Yorker, McCalla, a multi-instrumentalist, has studied cello since she was a child. Born to Haitian emigrant parents, she spent two years in Ghana as a teenager.

Back in the States, she majored in cello performance and chamber music at New York University. After graduating from NYU, McCalla backed Mos Def at Carnegie Hall in 2008 as part of a concert that featured poet and hip-hop progenitor Gil Scott Heron. In 2010 she decided to move to New Orleans- where music is all around-, eager to explore folk music in an unadulterated form. That decision, she declared, “gave a new lease on life to my creative soul”. McCalla performed in the French Quarter, on the streets and in the clubs, also backing local musicians. She said to interviewer Chris Zebo of “Maroon Weekly”:

“New Orleans always felt like home to me. The more I learned about the history of Louisiana, its ties to Haiti and French speaking culture, the more sense of belonging I felt and continue to feel. The history is very deep. I started playing more traditional jazz and old time music through the people that I met on the street, and that led me to now start learning more about Louisiana pre-zydeco, Creole, fiddle-driven music. The well is so deep, and after 3 years, I am just scratching the surface”.

She remembers that as a child, her parents gave her books of Langston Hughes’ poetry and that she was deeply affected and transfixed by his work. Years later, she decided to interpret Hughes’ poetry musically.

Having been invited to tour with the Carolina Chocolate Drops during several months she now continues to develop a solo career. She has been exploring a lot of Louisiana Creole and Cajun music and went out to Eunice, La, to discover the wild fun of Cajun Mardi Gras. As part of her own repertoire, she has been exploring the folk music of her Haitian heritage and worked hard on her longstanding labor of love, setting to music the words of Langston Hughes.

“Vari-Colored Songs” is an album that has been waiting at least 5 years to be made and was finally mostly recorded in January, 2013 at Joseph “Joe Bass” DeJarnette’s Studio 808A in Floyd, Va. “I have chosen to work with Joe because he was able to capture the nostalgic feeling of my songs while maintaining the authentic sound of my instruments and my voice” declared McCalla. Featured musicians include fellow Choc droppers Rhiannon Giddens and Hubby Jenkins, Tom Pryor of Black Lillies fame on pedal steel, New Orleans’ own Don Vappie on banjo, Luke Winslow-King on slide guitar and Matt Rhody on fiddle. 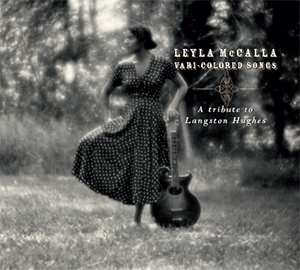