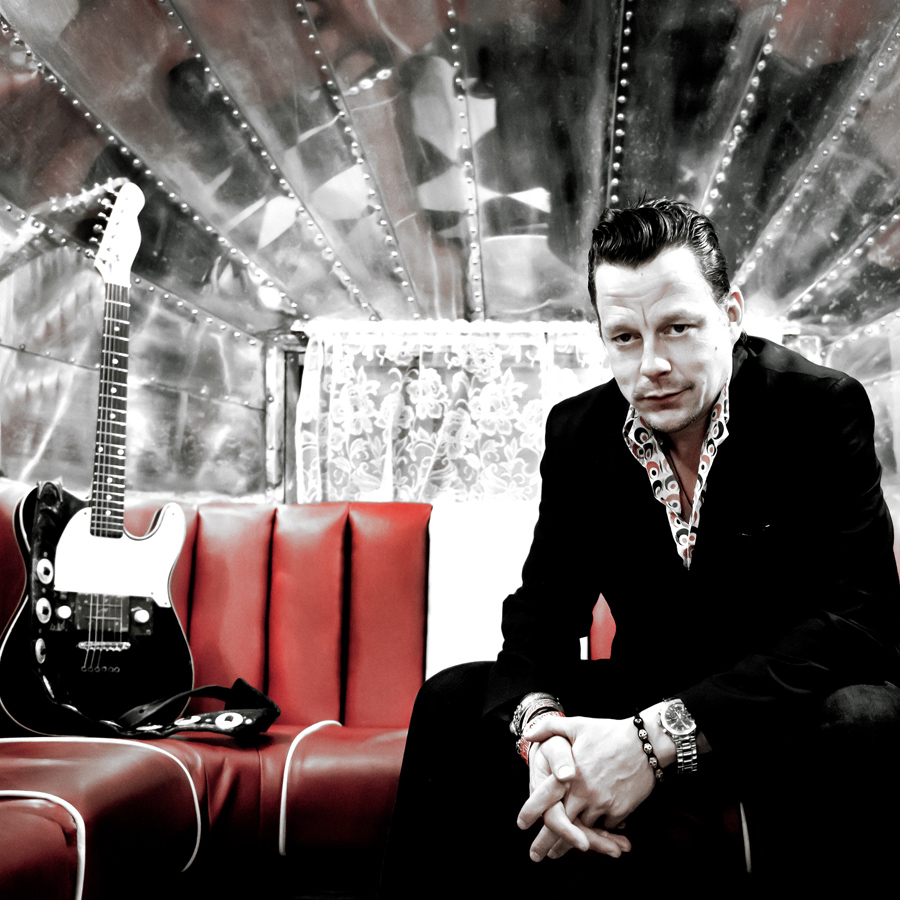 A studio album from Ian Siegal is always a seismic event. Recent times have seen this award-winning British songwriter put untold miles on the clock, with the spit-and-grit of his shows bottled in several live albums. But in 2018, it’s tantalising to find his name alongside ten new original songs and to anticipate where All The Rage might take the man whose material was rightly trumpeted by Mojo as “awash with wit, lust and distraction”.

A darkening world calls for dazzling songs. As Siegal looked out last year, he saw a planet with poison in its veins, as evidenced by the ascent of President Trump and the insidious rise of right-wing factions across Europe. A double-edged album title grew from his observations – “All the rage” is usually a reference to popularity and being a craze, the twist here being a nod towards anger and frustration, emotions that are evident in a clutch of reactive songs, from the military beats and aggressive slide-guitar of opener Eagle-Vulture, through the biting electric-blues of The Sh*t Hit, to the Latin-tinged apocalyptic imagery of Ain’t You Great?

Since Siegal’s post-millennial breakthrough, he has proved himself a prolific talent. An acclaimed album catalogue takes in highlights like 2007’s Swagger, and two Mississippi-recorded releases – 2011’s The Skinny and 2012’s Candy Store Kid – that saw him showered with transatlantic blues awards and touted by Classic Rock magazine as a “national treasure”.

All The Rage has him collaborating with Jimbo Mathus as producer. Seasoned Siegal-watchers will recall the British songwriter first worked with Mathus when the Grammy-winning Mississippian collaborated on 2013’s The Picnic Sessions. Having further bonded on a 2014 acoustic duo tour, Mathus this time stepped forward to the role of producer for this full-on electric album, crossing the Atlantic to record at Amsterdam’s Island Studios.

Writing with Mathus had also been an ambition and here we have three co-writes, ranging from a finger-picked confessional My Flame, to the stark cyclical blues If I Live, and the lilting gospel-soul stunner Sweet Souvenir, which finds Siegal bending a barman’s ear with his trademark grit-and-honey vocal.

The band members are Siegal’s young stalwarts recruited in 2013 and since honed into a telepathic unit. Dusty Ciggaar (guitars), Danny Van’t Hoff (bass), and Rafael Schwiddessen (drums) bind seamlessly with Siegal’s vocals and guitar. Some additional instrumentation from Jimbo Mathus and occasional backing vocals by Merel Moelker were all that was needed to create a big, real sound.

“We were close together in one room, old school, so it was almost like playing a live gig. The whole thing was completed in four six-hour sessions, so you might say it was done in 24 hours. Job done and such a pleasure.”

Dig into the track listing and you’ll find an unbroken run of modern classics. One-Eyed King Co-written with Isa Azier and Mischa den Haring, is described as “kind of a murder ballad”, while Jacob’s Ladder again written by the trio, is a porch-blues bone-rattler with a gang-chanted vocal (“It’s about both kinds of luck, bad and worse”).

Siegal’s own Won’t Be Your Shotgun Rider combines a sunny-side-up country vibe with a lyric advising that, in extreme circumstances, it’s better to let a lost soul sink (“Sometimes people need to jump that particular ride for everybody’s sake”).

Finally, there’s Sailor Town: a hooky, black-humoured story-song initiated over coffee with multi-instrumentalist and songwriter Hook Herrera, its lyric telling of a hardscrabble dockside district where “some of my friends got locked up, most of the girls got knocked up”. “Hook Herrera and I were discussing the areas where we grew up and I described mine as kinda rough, y’know, a ‘sailor town’, At which point Hook declared, ‘Boom, there ya’ go – that’s the title of our first song together!’”

As All The Rage plays out, reality bites. This album won’t bring about world peace or take down a wayward president. But while the music plays it’s a balm for troubled souls, a lifeline in a sinking world – and another rung in Ian Siegal’s climb to the summit of the international blues scene. 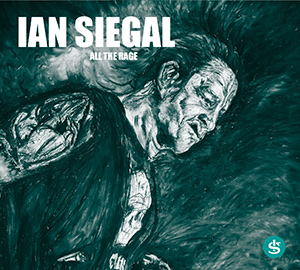