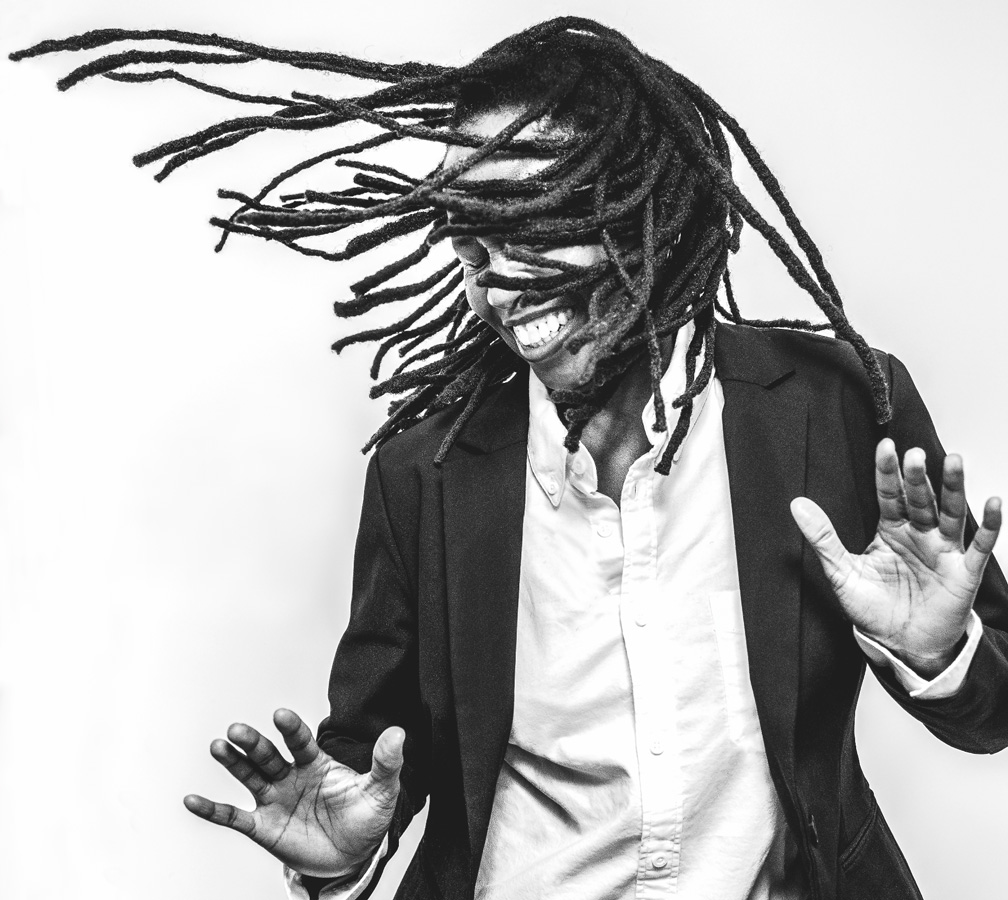 It’s neither a remake of the film starring Bette Davis, nor a documentary on the tragic destiny of an American singer exiled in France, and yet this story could be called ‘ What happened to Natalia M. King?’

The story of a pioneering musician with a powerful impact, and a captivating voice who on her sixth album enters, for the first time, the ancient territory, almost sacred, of blues, rhythm and blues and American ‘roots’ music. And ultimately, that marvellous feeling of rediscovery through nine tracks, all either composed by her or borrowed from others, of that magical style unaffected by the wear and tear of time. With that neither flashy nor outmoded sound patina, carefully orchestrated by guitarist and producer, Fabien Squillante, ‘Woman Mind Of My Own ‘ is no exercise in style or retromania. It is, on the contrary, very much a contemporary oeuvre, an holistic record that doesn’t stop celebrating Love with a capital L, as in ‘Sunset To Sunrise’ or ‘Play On’, ever seducing like a magic potion; not just a self portrait of an incredibly  intense artist, who has always presented herself exactly as she is, no frills attached, as the title track claims, but portraying a larger than life lady with all the courage necessary to assume.  Thus, ‘Aka Chosen’ is the scene of a spiriting ‘coming out’ and the mountain from whence a hymn is sung to all nations.

At the beginning of the years 2000, an on the verge of being discovered wild child busking in the Paris metro trying to earn a few bucks with her voice and guitar, Natalia was fiercely determined to find and create her own and unique style, taking on the rest of the world. Two missiles were launched, ‘Milagro’ and the aptly named, ‘Fury & Sound’. Two explosions, two electric shocks, two painful, and almost tortuous, ways to give birth to her unique sound.

Refusing any attachments, and avoiding being trapped or labelled under any particular style, she developed a thorny free-style rock, somewhere between the lyricism of Jeff Buckley and the formal radicalism of Ornette Coleman.

Surprisingly, ten years later, she’s on the trail of Billie Holiday and Nina Simone (the 2014 and 2016 albums Soul Blaze and Bluezzin T’il Dawn). Today it’s the turn of Etta James and Robert Johnson where she’s finding her fulfilment in ‘Woman Mind Of My Own’. And so, yes, what did happen to Natalia M. King?

‘At one point, playing what one might call ‘alternative’ music began to bore me. It was less and less exciting as more and more people began to jump on the band-wagon, and ‘alternative’ wasn’t really ‘alternative’. It had become pretty unhip. I had decided on becoming a musician that I was not going to be a part of any tradition or trend, to have no connections. And quite frankly, at that time, there was no way I would ever play jazz or blues. And yet I seduced myself whilst singing. I had never performed in a club, had never hung out in a Southern Juke Joint. I had no background whatever for these styles. But after ‘Soul Braz’ and ‘Bluezzin T’il Dawn ‘ the natural thing seemed to go further, to carry on digging to find the roots of the tree : the blues.’

Natalia M king was born in Brooklyn at the end of the sixties, a New York district not usually connected with the blues. She grew up in a single parent family. Her Dominican mother made many sacrifices to raise her and her brother. After completing studies in Sociology and History , she set off across the US in true beatnik style, hitching and taking the Greyhounds, with her sole baggage consisting of a notebook and overflowing courage. She got by doing different jobs; washing up,  delivering pizzas and working as a mechanic. She even got as far as Alaska where she worked on a trawler preparing fish. From all these adventures she sourced strength and endurance. However, nothing from her childhood, her vagabond life or exile in Paris, where, enthused by the writings of James Baldwin, she arrived with her only  baggage being an Ovation guitar, destined her to become a blues singer.

‘It didn’t instill the blues in me but it got me curious. A curiosity that led me to Skip James, John Lee Hooker and Robert Johnson’

The click happened in a Nîmes cinema where Wim Wender’s film, ‘The Soul of Man’ was playing.

‘That gave me one hell of a kick up the backside. I was crying when I heard Skip James for the first time. That film began my initiation.’

She, who had begun her musical career wanting to take everything apart, found herself rebuilding on foundations established by the legendary players.

‘First, there was a Revelation, then a time of adapting, followed by the belonging which was through feeling. I didn’t want to imitate. I wanted to live this music in body and soul. The truth is, you don’t get the blues; it’s the blues that either gets you or not’

From this revelatory spark, a few snippets of her own composition, Fabien Squillante,  a man of all round experience and a deep knowledge of American music, began to work on the right scene, finding a top-class line-up (Ismail Benhabylès on piano, Rémi Vignolo on the drums, Raphaël Ducasse on the bass…), and begin forging a spirit where Natalia could totally shine.

‘We were all on the same wavelength. When things are done effortlessly,  that’s a good sign. My previous albums asked a lot more of me. I had to struggle to produce them.’

Under such  wonderful omens, ‘Woman Mind Of My Own ‘ accompanies all the rocky, soul searching, revealing all the traits of character held up by an extraordinary and unique talent. If, evidently, these nine tracks remind us of something, they certainly tell the tale of a hungry heart forever seeking to be filled. The soul meandering of the decorous brass, typical of the Stax Muscle Shoals, ‘Forget Yourself’ leads Natalia to the throne of the legendary Love queens, Candi Station and Etta James, where laws are written and justice given.

Whereas she seems to have encountered the ghost of Robert Johnson at the famous  Clarksdale Crossroads in ‘Woman Mind Of My Own ‘, on ‘Play On ‘ in a similar deep Delta blues vein with the ad hoc resonator guitar, she sends a message worthy of Shakespeare , ‘ If music be the food of love, play on …..’

And as the heart is a solitary hunter, her’s is roaming, poaching in all the dense forests, from torrid passion in ‘Sunrise to Sunset’ where she holds her own with the two miss Jones’ of the music world, (Rickie Lee et Nora), to the melancholic sensuality of Karen Dalton on ‘So Far Away’. And the proof that Natalia never ‘copies the same style’ is in her cover of George Michael’s ‘One More Try’; one of the most poignant and personal moments of the record. Same thing for two other covers, ‘(Lover)You Don’t Treat Me Good’ from the group Sonia Dada where she ‘goes to battle’ with New Zealand bluesman Grant Haua, and Johnny Cougar Mellencamp’s ‘Pink Houses’ where she duos with Elliot Murphy, another American exile in France. If ‘Woman Mind Of My Own ‘ is a celebration of that Americanism that is an integral part of her DNA,  it’s also a baptism with its high point ‘AKA Chosen’, gospel LGBT where Natalia dons the crown of the chosen one,

‘who has to work to open the minds of people who think that skin colour or sexual orientation is a criteria, a value…Showing I am blessed is to counteract those who, on the contrary, believe I am condemned and damned for being homosexual.’

The Soul of a Woman. 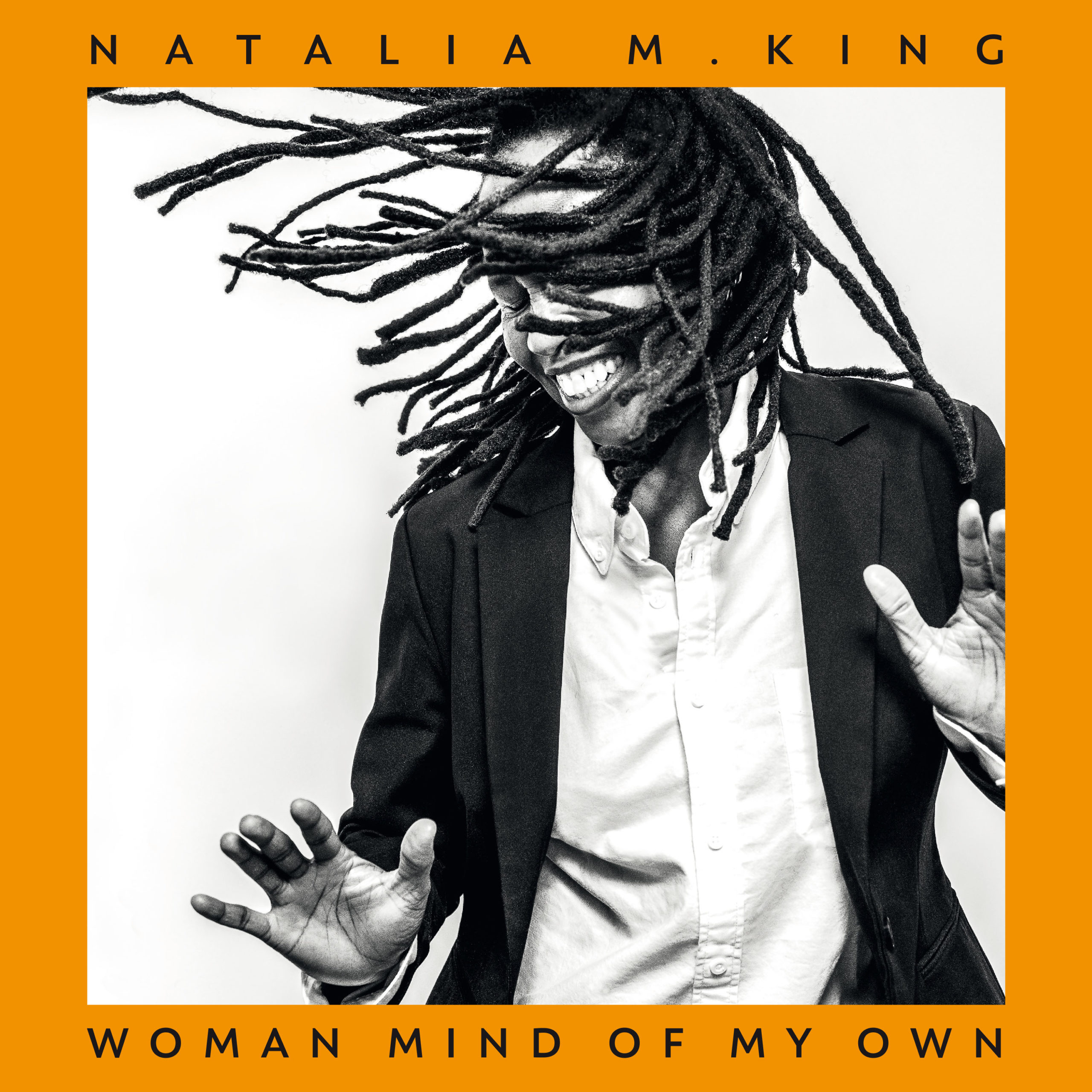